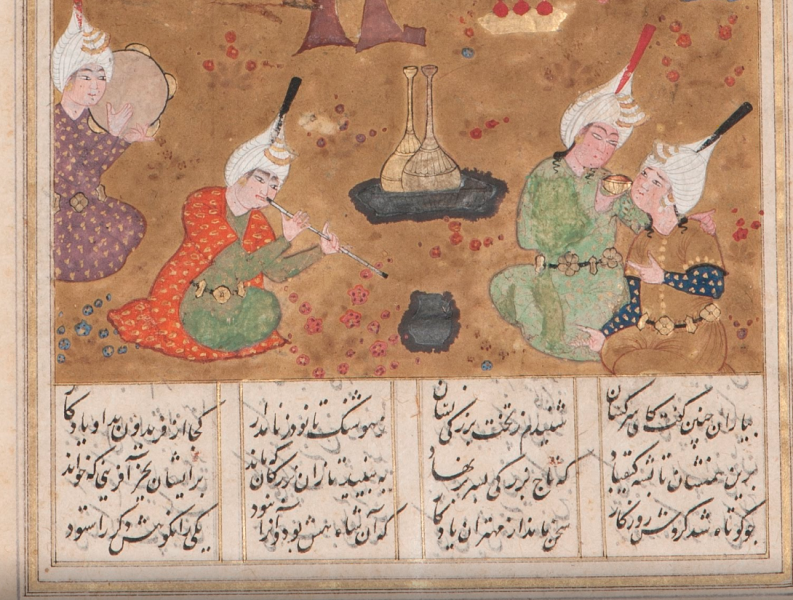 The UC Berkeley Initiative for Iranian Studies is a broad and multi-disciplinary initiative which supports research, teaching, and programming bringing together a multitude of aspects of Iranian Studies. Its mission is to encourage and support the study of the broader Iranian world in a range of scholarly fields from ancient times to the present. It aims to advance individual, collaborative, and interdisciplinary scholarship through seminars, workshops, conferences, fellowships, K-12 programming, film festivals, and poetry readings; strengthen ties across departments within UC Berkeley; and develop academic partnerships with national and international educational and cultural institutions.

UC Berkeley has long enjoyed particular strength in the areas of Iranian history, art history, language, and literature, with a broad spectrum of courses offered in the Department of Near Eastern Studies as well as other departments. One of the major US centers for the study of ancient Iran in the 1980s to early 2000s, UC Berkeley currently boasts scholars in departments across campus specializing in a wide range of fields and historical eras, from classical and modern Persian literature, to gender and politics of modern Iran, the legacy of Persianate culture, and including a flourishing Persian language program. Two recent endowments have further enriched Iranian Studies at UC Berkeley: the Guitty Azarpay Distinguished Visitor in the Arts of Iran and Central Asia brings a specialist of Iranian art history to campus every two years, and the Bita Daryabari Professorship of Iranian Studies supports a long-term position focusing on the languages and literatures of ancient Iran. In addition, UC Berkeley’s Bancroft Library is home to the world’s largest collection of Middle Persian manuscripts, in addition to impressive holdings of Classical Persian and Arabic manuscripts, lithographs, and prints. Finally, other resources such as the Maghsoodnia Persian Poetry Fund support cultural events on campus.

Recognizing that there is a pressing need for nuanced understanding of the Iranian world broadly considered, the BIIS seeks to capitalize on and bring together the strengths already present at UC Berkeley and develop a broad vision of “Iranian Studies” as consisting of a number of overlapping historical and cultural spheres. Within this vision are included multidisciplinary approaches to topics related to, for example, society and culture in modern Iran and the larger Persianate world (Afghanistan, Tajikistan, South Asia), historical societies of Iran, areas of Eurasia that were part of the larger Iranian cultural environment, including Central Asia and the Caucasus, and Iranian-speaking groups of antiquity from western to eastern Asia. Our chronological scope runs from antiquity to the present day.

The BIIS is coordinated by three on-campus partners: the Department of Middle Eastern Languages and Cultures (MELC), the Center for Middle Eastern Studies (CMES) and the P.Y. and Kinmay W. Tang Center for Silk Road Studies (TCSRS). The teaching of ancient and modern Iranian languages, texts, and textual as well as literary cultures is anchored in the MELC Department. Research focusing on the post-Islamic Persianate world ranging from Bengal to Anatolia resides in the CMES, and the construct of the Silk Road serves as an organizing principle of cross-disciplinary work involving the TCSRS.