CMES to Receive Grant from the Aspen Institute Stevens Initiative 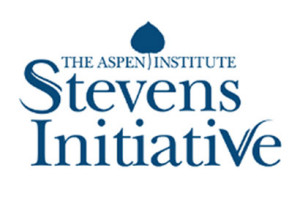 Monday, April 4 -- The Aspen Institute Stevens Initiative today announced the award of a 2-year grant to the Center for Middle Eastern Studies (CMES) at the University of California, Berkeley, one of 10 new projects funded  through a national competition to use virtual exchange to increase cross-cultural understanding and equip young people to participate in a global economy.

The CMES is among the first wave of virtual exchange programs to be funded by the Stevens Initiative, a public-private partnership designed to increase people-to-people exchange between youth in the United States and the Middle East and North Africa as a lasting tribute to the legacy of Ambassador Chris Stevens.

Virtual exchanges uses technology for sustained, people-to-people education programs. The Initiative aims to increase mutual understanding between youth in middle school through post-secondary and equip a generation of globally minded youth with the skills they need to succeed in an increasingly interdependent world.

The announcement marks the first major step in the Stevens Initiative’s plan to scale up people-to-people exchanges between youth in the United States and the Middle East and North Africa. The Initiative provided $5 million to support online programs that will bring more than 20,000 young people together to engage in cross-cultural learning experiences. The programs reach 17 countries in the Middle East and North Africa and 25 American states. 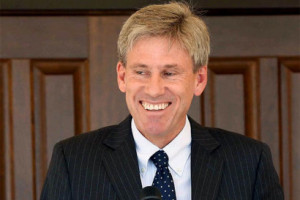 Under the Stevens Initiative, The Christopher Stevens Global Ambassadors program will provide an opportunity, via vlog and virtual meeting environments, for Berkeley undergraduates to interact with a diverse group of peers at institutions in rural and the Kingdom of Saudi Arabia, with subsequent exchanges planned in Iraq and Jordan.

“Ambassador Stevens spent his undergraduate career here at UC Berkeley before starting his service career in Morocco with the Peace Corps,” said Emily Gottreich, Chair of the CMES. “We are honored to have been entrusted with the important work of continuing his legacy through these exchanges.”

The first Stevens Initiative award competition was open to U.S. non-profit organizations. In addition to holding future rounds of the award competition, the Initiative will share best practices and support research to address which methods have a measurable impact and have the potential to reach all young people as the field grows.

The other Stevens Initiative grantees announced today are:

The CMES promotes the interdisciplinary study of the Arab World, Turkey, Israel, and Iran at UC Berkeley, privileging no single country, topic, or political position. One of 15 federally funded Title VI National Resource Centers focusing on the Middle East, the CMES organizes a rich interdisciplinary lecture and film series each semester, supports advanced research on the Middle East by faculty, students, and visiting scholars, and conducts Middle East-related outreach to K-14 institutions and community partners throughout the Bay Area. Since 2013, the CMES has administered the Ambassador J. Christopher Stevens Memorial Fund for Middle Eastern Studies, which supports UC Berkeley student travel and research in the Middle East and North Africa.

The Stevens Initiative is a public-private partnership designed to increase people-to-people exchange between youth in the United States and the Middle East and North Africa as a lasting tribute to the legacy of Ambassador Chris Stevens. By fostering structured online engagements between young people in secondary through post-secondary education, the Stevens Initiative aims to increase mutual understanding and equip a generation of globally minded youth with the skills they need to succeed in the 21st century.

Housed at the Aspen Institute, the Stevens Institute is a collaboration between the family of Ambassador J. Christopher Stevens, the U.S. Department of State, the Bezos Family Foundation, the MacArthur Foundation, the governments of the United Arab Emirates, Qatar, Algeria, and Morocco, and Microsoft, Twitter, Mozilla, and GoPro.  Learn more here.