Contemporary Saudi Art on Display at CMES This Fall 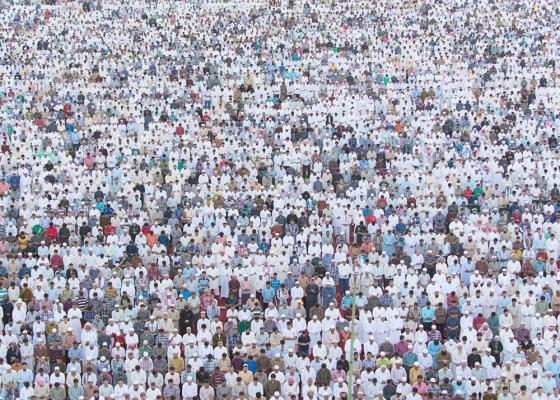 GENERA#ION: Contemporary Art from Saudi Arabia presents UC Berkeley Center for Middle Eastern Studies’ first exhibition of contemporary art from the Kingdom of Saudi Arabia. Originally part of a larger exhibition held at Minnesota Street Project in San Francisco this August 2016, this show offers a glimpse into the work of three Saudi artists.

GENERA#ION marks the third stop on a multi-city Saudi artists’ tour of the United States, and is supported by The King Abdulaziz Center for World Culture (ithra) in partnership with prominent Saudi artists. The tour, which launched earlier this summer at the Station Museum in Houston, Texas before traveling to Aspen-Colorado, aims to generate people-to-people dialogue and better understanding between nations. As this exhibition continues at the Center for Middle Eastern Studies, the tour will travel to Bates College Museum of Art in Lewiston, Maine and major cities across the country.

As the world’s media reports a resurgent tide of religious intolerance and conflict, a tight-knit group of Saudi artists, both men and women, have acted upon a dream to discover the people and the diversity of America—from the East to West coast— trekking across the US interstate highway system and major cities on a mission to share not only their innate passion to create but also to learn from the local public’s reactions to their artworks.

As Abdulnasser Gharem, founder of Gharem Studio and a driving force behind the tour, comments, “The artists in this show present a new intellectual paradigm that utilizes unique concepts and terminology to define the artists’ role within their society and their generation. Rather than analyzing art and society separately, the artists confront art as a reflection of society, positioning themselves as its mirrors.”

The San Francisco Bay Area has always welcomed marginalized groups and outsider voices. Since the 50s, the Bay area has attracted influential artists, poets, thinkers and been the incubator for some of the great generational movements of their time. More recently, technological innovation and a cultural renaissance in the heart of downtown have once again put the ‘City of Rebels’ on the world stage. It now seems fitting that UC Berkeley welcomes these outsider artists from Saudi Arabia, very much the pioneers of their generation, willing to address cultural norms and taboos and their societal impact. In traveling to the U.S. at this time, they are defying mainstream expectations, reaching out directly to bridge the divide across the most contested political and ideological border of our time. This exhibition represents a unique opportunity for the students to enter into a meaningful dialogue with these artists at this crucial time.

The tour is spearheaded by Dr Khalid Al-Yahya, Programs Director at the King Abdulaziz Center for World Culture, Saudi’s premier arts, culture and education institution, and will incorporate exhibitions and events at partner cultural institutions and universities across the United States. Dr Al-Yahya comments, “We at the Center are delighted to connect these young Saudi artists with US audiences, at this crucial time. The tour aims to create a platform for alternative dialogue and cultural empathy between communities.”

GENERA#ION: Contemporary Art from Saudi Arabia is available for viewing during regular CMES business hours through the fall semester.