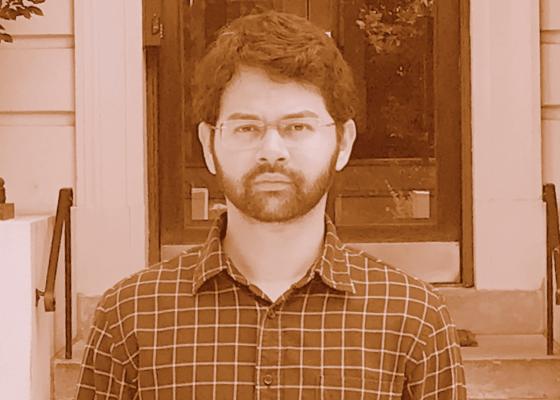 Wednesday, September 22, 2021
The CMES is proud to share news about Dr. Muhammad Faruque, who attained his doctorate recently from MELC.

Dr. Muhammad U. Faruque is now the Inayat Malik Assistant Professor (2022- ) at the department of Romance and Arabic Languages and Literatures at the University of Cincinnati. He is also affiliated with the department of Women’s, Gender, and Sexuality Studies and the program in Religions Certificate.

Dr. Faruque's research lies at the intersection of religion, philosophy, and literature, especially in relation to the Islamic intellectual tradition. He earned his PhD from the University of California, Berkeley, and served as Exchange Scholar at Harvard University and as George Ames Postdoctoral Fellow at Fordham University. His doctoral dissertation was awarded the Foundation for Iranian Studies Best Dissertation prize in 2019. His first monograph Sculpting the Self: Islam, Selfhood, and Human Flourishing (UMP, 2021) addresses “what it means to be human” in a secular, post-Enlightenment world by exploring notions of selfhood and subjectivity in Islamic and non-Islamic philosophical and mystical literatures. The book received highest praise from some of the leading figures of the field. Weaving together insights from several disciplines such as religious studies, philosophy, psychoanalysis, anthropology, and neuroscience and arguing against views that narrowly restrict the self to a set of cognitive functions and abilities, this book proposes a spectrum theory of the self that offers new options for addressing central issues in the contemporary world, including spirituality, human flourishing, and meaning in life.

Along with Shankar Nair, he has been invited by Bloomsbury: The Cultural Histories Series to co-edit a volume entitled A Cultural History of South Asian Literature, Volume 3: The Early Modern Age (1400-1700). He is also a co-editor of the book From the Divine to the Human: New Perspectives on Evil, Suffering, and the Global Pandemic, which will be published by Brill Journal of Islamic Ethics, 2023 (special issues).