What Is Different about These Protests in Iran? 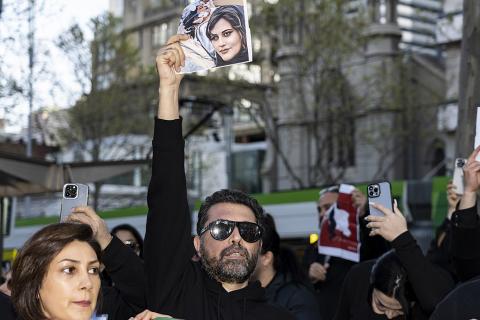 Protests are part of the recent memory of the Iranians living under the Islamic Republic.  The 1999 student protests were followed by yet another round of protests a decade later in 2009, also known as the Green Movement, both of which were led by the urban modern middle class.  The 2017 protests (over water scarcity) and the 2019 protests (over rise in fuel prices), in contrast, brought the poor lower and the middle classes together in their display of resentment over and dissatisfaction with their economic hardship.  All of these protests faded in their intensity, if not their demands, after a short period and remained relatively unsuccessful in achieving their aims, as the conservative ruling clerics systematically sidelined such street riots and marginalized reformists who tried to reform the system from within.

The most recent protests, in stark contrast, clearly point to something different. The death of Mahsa Amini, a young woman who died on September 16, 2022 while in the custody of Iran’s morality police, has sparked a dramatic youth revolt of a different nature across the country. What is new is that these protesters, mostly spearheaded by women, have largely lost hope for institutional change and hope in the future.  They seem unlikely to return to the status quo.  In addition, the unrest is widespread geographically, communally, and among different classes. It has turned into a call for regime change—not reform—from the entire spectrum of Iranian society denouncing the draconian limits on freedom.  Videos of crowds chanting “Woman, Life, Freedom” have spread domestically and globally via social media, as have the calls for “death to the dictator,” which is a direct reference to Iran’s Supreme Leader Ali Khamenei.

The protesters’ demand poses a direct threat to the reign of the clerics who have ruled Iran since 1979.  While mandatory veiling has precipitated ongoing protests, the main driver has been, and continues to be, a failing economy, in which some 30 million people live in poverty. Needless to say, longstanding and suffocating US-led sanctions have hurt people while at the same time strengthened the hardliner camp.  These protests have also posed a core challenge to US foreign policy, compelling American policymakers to choose between considerations of national interest on the one hand and the promotion of democratic values and human rights of the Iranian protesters on the other.

Some have argued that the effort to recover the nuclear deal is dead.  What may have helped bring about its end or failure is Iran selling drones to Russia and putting advisors on the ground in Ukraine.  Tragically, the dominant narrative in Washington argues that it is more important to prevail in the Ukrainian War than to protect women’s rights in Iran.  Some in the Biden administration maintain that human rights in the Middle East and North Africa more generally and in Iran, more particularly, are less important that resisting Russia in Ukraine.  Thus, as some observers cogently remind us, these young protesters on their own are unlikely to create a political breakthrough.  The decentralized nature of their movement increases its risk of being isolated and suppressed, even though it has drawn tremendous moral support both at home and abroad.

Given that the reformists in Iran have lost their vigor and credibility with the larger public, and absent a clear leadership, organization, and strategy to make this movement sustainable over the long term, the future of this movement remains uncertain.  The most optimistic scenario is the collapse of the regime from within, whether due to elite fragmentation or an economic decay that brings the regime to its knees.  Either way, it is wrong to underestimate the potential of the Islamic Republic to resort to sheer violence to keep its rule.  The West can and should exhibit wider solidarity with the uprising, both morally and politically, while making digital technology accessible to these young people, but direct and military interference or skullduggery from Western intelligence agencies in any other way, shape, or form will undermine by association a movement that is truly grassroots, home-grown, and authentic.