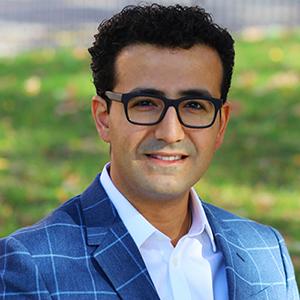 Ahmad Diab received his B.A. from Damascus University, majoring in English Literature. He completed an M.A. in English Literature at City University of New York while on a Fulbright scholarship. He was awarded a Ph.D. from the Department of Middle Eastern Studies, New York University. On an Erasmus Mundus scholarship he spent a semester of research at Universitat de Barcelona. His research interests are twentieth and twenty-first century Arabic literature; translation studies; Arabic philology; Middle Eastern cinema; post-colonial politics of culture and representation.

Diab is currently completing a book manuscript on the representations of Arabs in the Palestinian literary and visual cartography. It demonstrates that Palestinian writers and artists, both before and after Al-Nakba of 1948, responded to the exigencies of their political conditions by articulating heterogeneous visions for identity and alterity around the concept of the Arab.  Diab’s work has appeared in the Arab Studies Journal, Washington Square Review, Wasafiri, Jadaliyya, and Al-Shabaka.