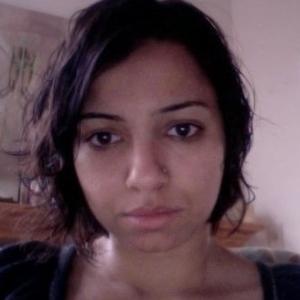 Asma Kazmi is an Assistant Professor of Art Practice, and formerly the Co-Director of the Art Program at the California Institute of the Arts. Her work is described as “transdisciplinary, performative, relational works where people, media, and objects come together,” and she has received such distinctions as a Fulbright Research Award, Council for International Exchange of Scholars (CIES) to India (2014), Rocket Grant, Charlotte Street Foundation and KU Spencer Museum of Art (2011), and At The Edge : Innovative Art in Chicago Award (2007). Professor Kazmi received her M.F.A. from the School of the Art Institute of Chicago, and B.F.A. from Massachusetts College of Art. She was born and raised in Karachi, Pakistan.

Burqa Girls: Shangri-la Remix, Performative Lecture and Panel Discussion at LACE (Los Angeles Contemporary Exhibitions) as part of an event for the LA/Islam Arts Initiative and East of Borneo (2014)