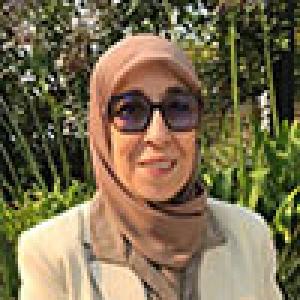 Dr. Azza Ahmad obtained a PhD in foreign language education with a specialization in teaching Arabic as a foreign language from the University of Texas at Austin in 2011. Her research interests include teaching effectiveness, motivation in foreign language classrooms, second language acquisition, and learners’ metacognitive knowledge. In 2011, she was appointed as a postdoctoral fellow by the Department of Educational Psychology at UT to expand on her doctoral research on motivation of learners of less commonly taught languages.

Dr. Ahmad taught Arabic language/culture at various institutions in the United States. Before joining UC Berkeley, she worked as a Lecturer of Arabic in the Department of Middle Eastern Studies at UT Austin and UCLA. Prior to pursuing her PhD, she introduced, taught and coordinated the Arabic language program at Oklahoma State University where she received her master degree in mass communication. She has also taught at Middlebury College Arabic summer intensive program in the summers of 2005 and 2007. Dr. Ahmad obtained her BS in mass communication from the University of Cairo.