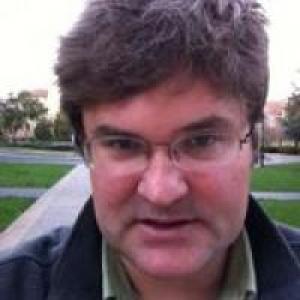 Bruce Hall is Associate Professor of History. His research focuses on Muslim intellectual history in West and North Africa, located at the intersection of West Africa’s Muslim high intellectual culture and social and economic issues which that intellectual culture sought to address. His first book, A History of Race in Muslim West Africa, 1600-1960 (Cambridge University Press, 2011) is an intellectual history of arguments made about race and slavery in the West African Sahel. It reveals the long history of racial ideas in this region, and the different work that racial ideas were made to do over a period of more than three hundred years. He is currently working on a second book project that focuses on the history of enslaved commercial agents in a nineteenth-century Saharan commercial network that connected Ghadames (Libya) and Timbuktu (Mali). He is also involved with a bibliographic database of Arabic manuscript materials from across West Africa developed by Charles Stewart, called the West African Arabic Manuscript Project, which can be viewed online at http://www.westafricanmanuscripts.org/.