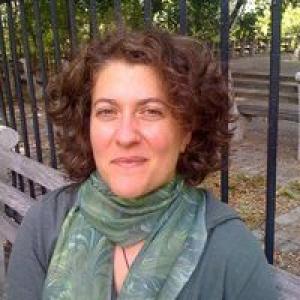 Christine Philliou, associate professor, specializes in the political and social history of the Ottoman Empire and modern Turkey and Greece as parts of the post-Ottoman world. Her book, Biography of an Empire: Governing Ottomans in an Age of Revolution (University of California Press, 2011) examines the changes in Ottoman governance leading up to the Tanzimat reforms of the mid-nineteenth century. It does so using the vantage point of Phanariots, an Orthodox Christian elite that was intimately involved in the day-to-day work of governance even though structurally excluded from the Ottoman state. Her current work turns to the political, personal and intellectual/artistic itinerary of the Turkish writer Refik Halit Karay (1888-1965). Her interests and other publications have had to do with comparative empires across Eurasia, various levels of transitions from an “Ottoman” to a “post-Ottoman” world in the nineteenth and twentieth centuries, and political and cultural interfaces in the eastern Mediterranean, Middle East, and Balkans in the early modern and modern eras. This fall she is teaching a seminar on the post-Ottoman World, and next semester a graduate seminar on comparative empires, “The Ottoman Empire and its Rivals.”