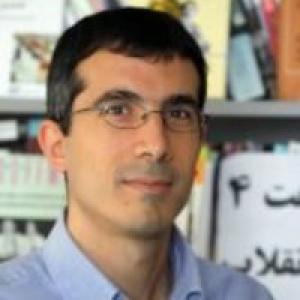 Cihan Tuğal is a Professor of Sociology. His research explores how the interaction between religion and politics shapes everyday life, urban space, class relations, and national identity. Tugal also studies Islamic mobilization in Turkey, Iran and Egypt to understand why similar movements have not resulted in a comparable Islamic market consensus in these countries. He argues that Islamic politics has interacted with civil society and the state in different ways in these three cases, leading to the victory of neo-liberalized Islam in Turkey, its defeat in Iran, and a stalemate in Egypt. Tugal has also written extensively in Turkish.

Articles include “Islamism in Turkey: Beyond Instrument and Meaning,” Economy of Society 31(1): 85-111; 2002; “State and Society in the Study of Islam: Discontents of a Dichotomy,” New Perspectives on Turkey 31. (Review Essay), 2005; “The Appeal of Islamic Politics: Ritual and Dialogue in a Poor District of Turkey,” The Sociological Quarterly, 2006; and “Memories of Violence, Memoirs of Nation: 1915 and the Construction of Armenian Identity,” in Esra Ozyurek (ed.) Politics of Public Memory, Syracuse University Press, 2007. His research was also published in Economy and Society, Theory and Society, Sociological Theory, the New Left Review, the Sociological Quarterly, and edited volumes.