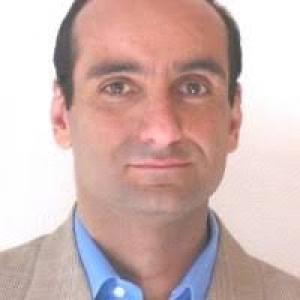 Dariush Zahedi is Director of the AMENA Center for Building Innovation Economies in the Middle East at the Haas School of Business at UC Berkeley. Since 2001, he has taught a diverse array of courses for the Departments of Political Science, Political Economy, and Peace and Conflict Studies as well as the Boalt Hall School of Law at Berkeley. Zahedi has also taught for the College of Letters and Science’s Discovery Courses Program. Teaching in the program is by invitation only, with invitations issued solely to instructors whose teaching record is stellar. He has published three books on the political economy of the Middle East, and his articles have appeared in such publications as the New York Times, Foreign Affairs, Foreign Policy, Christian Science Monitor, Los Angeles Times, International Journal of Middle East Studies, Harvard Middle Eastern and Islamic Review, and Middle East Policy, among others. He is the co-editor of four book series for Palgrave Macmillan, including Institution Building in West Asia and North Africa, the Political Economy of Islam, Natural Resources Management in West Asia and North Africa, and Financial Institutions, Reforms, and Policies in West Asia and North Africa. His knowledge of the political economy and business milieu of the Middle East and North Africa, however, is not purely academic. He has worked for a Middle Eastern investment bank and Iran’s largest private mining corporation. In his capacity as an analyst for the investment bank, he traveled widely throughout the region, and became intimately familiar with various sectors of the region’s economies as well as impediments to inclusive growth and democratization. Zahedi has also worked as an academic in Turkey.