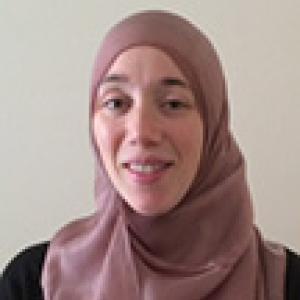 After receiving her B.A. in Arabic from UC Berkeley, Elsa El Mahdy moved to Egypt to study at the American University in Cairo. There she received her M.A. in Arabic Studies, focusing on Arabic literature, followed by an M.A. in Teaching Arabic as a Foreign Language (TAFL). Elsa’s current research project in Arabic language pedagogy is entitled “Teacher and Student Beliefs about Written Corrective Feedback on Student Writing in the Arabic Foreign Language Classroom.”