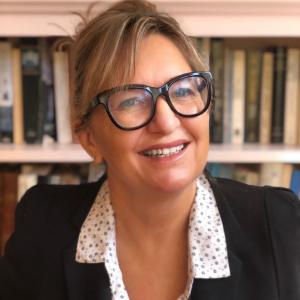 Emily Gottreich is an Adjunct Professor in Global Studies and the Department of History. Between 2009-2013 she was the President of the American Institute for Maghrib Studies (AIMS).  She is also Founding Director (along with Aomar Baum, UCLA and Susan Miller, UC Davis) of the MENA-J (MENA Jewry) Program, a UC-systemwide initiative to study, document, and preserve Jewish history in the Middle East and North Africa.

Of Messiahs and Sultans: Shabbatai Zevi and Early Modernity in Morocco,” in Sites of Jewish Memory: Jews in and from Islamic Lands in Modern Times. London: Routledge, 2014.

Historicizing the Concept of ‘Arab Jews’ in the Maghrib,” Jewish Quarterly Review (98, 4) 2008