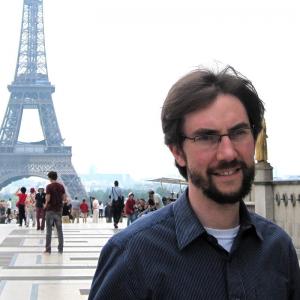 Ethan Katz is Associate Professor in the Department of History. He is a historian of modern Europe and the Mediterranean, with specialties in modern Jewish history and the history of modern France and its empire. To date, his scholarship has focused in four principal areas: the history of Jewish-Muslim relations and the nature of belonging and exclusion in modern France and the Francophone world; the history of Jews in colonial societies; Holocaust Studies; and the relationship between the secular and religion in modern Jewish life. In all of his work, transnational and comparative perspectives are fundamental to the approach, and he frequently draw insights from various disciplines outside of History. He has taught courses at both the undergraduate and graduate level on Jewish history, late modern Europe, the Mediterranean, Jews and Muslims, religion in the modern world, modern France and its empire, and historical methodologies. He holds a Ph.D. and M.A. in History from the University of Wisconsin-Madison, and a B.A. in History and French from Amherst College.

Co-editor (with Jonathan Judaken), special issue on “Jews and Muslims in France Before and After Charlie Hebdo and Hyper Cacher,” Jewish History 32, 1, 2018, forthcoming.

“Where do the Hijab and the Kippah Belong? On Being Publicly Jewish or Muslim in Post-Hebdo France,” special issue on “Before and After Charlie Hebdo and Hyper Cacher: The Changing Landscape for Jews and Muslims in France, Jewish History 32, 1, 2018, forthcoming.