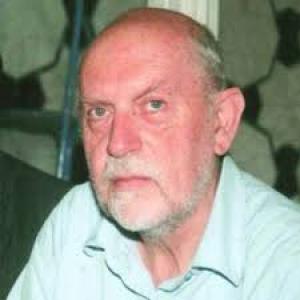 Hamid Algar, Ph.D.  Professor of Persian and Islamic Studies.  Near Eastern Studies and Persian Literature. Islamic culture, religion, philosophy; Sufism and the Qur'an.     Hamid Algar began his studies of Arabic, Persian and Islamic Civilzation at Cambridge in 1959. After graduating, he spent a lengthy and fruitful period of travel in Iran, Turkey and Afghanistan before returning to Cambridge in 1963 and completing his doctorate there two years later. He has been teaching in the Department of Near Eastern Studies since 1965, providing a wide range of instruction in the fields of Arabic, Persian and Ottoman Turkish literature and offering lecture courses on various aspects of Islamic religion and culture. His research interests center on Shi’ism in Iran and Sufism in the Persian and Persian-influenced world, with particular emphasis on the Naqshbandi order. His copious writings have been published in an array of languages additional to English: French, German, Russian, Italian, Bosnian, Turkish, Arabic, Persian, and Malay/Indonesian. He was recently awarded an honorary doctorate by the University of Tehran.