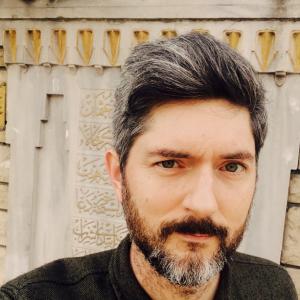 Jason Rodriguez Vivrette teaches Turkish language and literature courses in the Department of Near Eastern Studies. He holds an M.A. in Comparative Literature from the University of California, Berkeley, as well as a B.A. in Film from the University of Southern California. From 2012 to 2014, he served as Co-Director of the Middle East and Islamic Studies program at San Francisco State University, where he also coordinated the Arabic language program for five years. From 2010 to 2012, he co-directed the Critical Languages Scholarship (CLS) Arabic program in Tunis.

In 2016-2017, Jason was the recipient of a U.S. Fulbright Research Fellowship in Turkey, where he investigated the geographic boundaries of Turkish literature as imagined in a nationwide network of literary institutions known as the Literature Museum Libraries. In addition to Turkish language pedagogy, his research interests include Middle Eastern cinema, translation studies, and literature produced in various intercultural contact zones at the limits of Turkish influence, including Eastern Anatolia, Ottoman North Africa, and Cyprus.