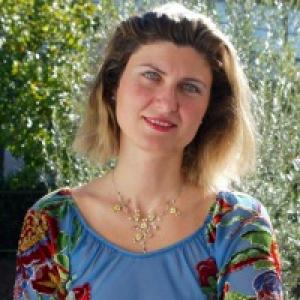 Maria Mavroudi is a Professor of History and Classics. She is a Byzantinist, whose research focuses on the relations between Byzantium and the Arabs, especially bilingualism in Greek and Arabic in the Middle Ages and its implications for cultural exchange between the Byzantine and Islamic world, including the development of Byzantine and Islamic science. Mavroudi earned her B.A. in Philology from the University of Thessaloniki and her Ph.D. in Byzantine Studies at Harvard University. She is one of the world’s foremost scholars in the field of Byzantine Greek History, especially in the domain of Greek-Arabic cultural, literary, and intellectual interaction. She is also a leading figure in the area of ancient science and occult practices, and cross-cultural exchange within these domains. Her interests include Byzantium and the Arabs; bilinguals in the Middle Ages; Byzantine and Islamic science; the recycling of the ancient tradition between Byzantium and Islam; Byzantine intellectual history; survival and transformation of Byzantine culture after 1453. Mavroudi is the recipient of a MacArthur Fellowship (2004-2009).