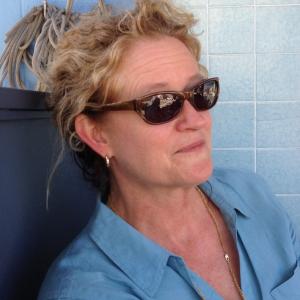 Mia Fuller is an Associate Professor of Italian Studies. She is a cultural anthropologist who has combined fieldwork and archival research in her studies of architecture and city planning in the Italian colonies between 1869 and 1943. Her book on the subject, Moderns Abroad: Architecture, Cities, and Italian Imperialism (Routledge, 2007) won the International Planning History Society Book Prize, 2008. She is also the co-editor (with Ruth Ben-Ghiat) of Italian Colonialism (Palgrave, 2005), and she collaborated with filmmaker Caterina Borelli on the documentary film “Asmara, Eritrea” (2008). As part of her continuing interest in the afterlives of Italian colonialism, she organized a conference on Libyan Historiography hosted by the Center in 2009. Currently, she is preparing a book on the vestiges of Italian colonial rule in East Africa and the eastern Mediterranean, as well as an ethnographic, architectural, and oral-historical study of the ‘New Towns’ built in fascist Italy. She received her M.A. and Ph.D. from the University of California at Berkeley in 1984 and 1994 respectively.