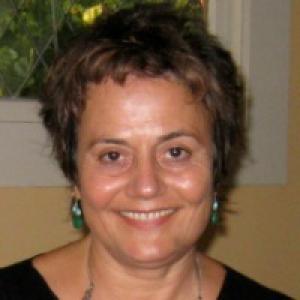 Minoo Moallem is Professor of Gender and Women’s Studies. She chaired the Gender and Women’s Studies department at the University of California, Berkeley from 2008–2010 and the Women’s Studies department at San Francisco State University from 2001–2006. Moallem has recently ventured in digital media. Her online project, “Nation-on-the Move”(design by Eric Loyer), was recently published in Vectors. Journal of Culture and Technology in a Dynamic Vernacular (Special issue on Difference, Fall 2007). She is currently working on a book exploring the commodification of the nation through consumptive production and circulation commodities, such as the Persian carpet. She is also working on a research project on gender, media and religion and another project on Iran-Iraq war movies and masculinity. She received her M.A. in 1982 from the University of Tehran and her Ph.D. in 1990 from the University of Montreal.