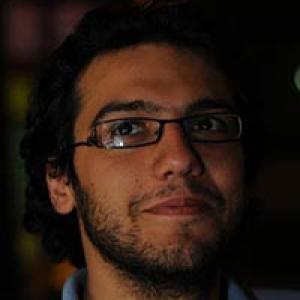 Nasser Meerkhan is Assistant Professor in the Department of Near Eastern Studies and the Department of Spanish & Portuguese at the University of California, Berkeley. His research focuses on transcultural, transtemporal and translinguistic texts. Since beginning his graduate studies in the United States in 2011, he has been drawn to Medieval Iberia as a place of paradox: at once a space of uncertainty and of turmoil, yet also one of hope and toleration. In addition to historiography, his research includes Islamic influence on Cervantes, maqamat art in Medieval Iberia, the picaresque, Averroes’ translation of Plato’s Politics, male-friendship in Celestina, and twelfth-century philosophical Andalusi treatise, Hayy Ibn Yaqzan. He holds a Ph.D. in Spanish Literature from the University of Virginia, an M.A. in Hispanic Studies from Villanova University, and a B.A. in Spanish Literature from Damascus University.