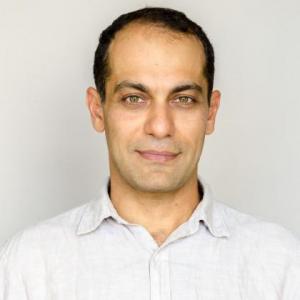 Nasser Zakariya is an associate professor in the Department of Rhetoric at UC Berkeley.  His research interests concern science, narrative and documentary; topics in the history and philosophy of mathematics and physics; and science, law and race. His book, A Final Story: Science, Myth and Beginnings, centers on the emergence of the so-called “scientific epic” as one among a set of possible frames or genres for synthesizing branches of knowledge according to a narrative, historical structure. Over the last several years, he has been involved in interrelated collaborative research projects, including studies of the genealogy and structure of technoscientific futurist imaginaries, the relationship between narratological categories and scientific explanatory modes, and social-scientific/game-theoretic analyses of voting.

He has held research fellowships at the Max Planck Institute for the History of Science, the Chemical Heritage Foundation, New York University Polytechnic School of Engineering, and Yale Law School, and taught at Michigan State University. He received his doctoral degree from the Harvard History of Science department, with a secondary field in Film and Visual Studies.