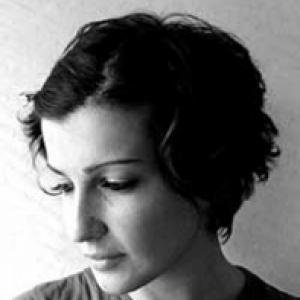 Neyran Turan is an Assistant Professor of Architecture at the University of California-Berkeley and a partner at NEMESTUDIO.

NEMESTUDIO, founded by Neyran Turan and Mete Sonmez, is an architectural office that produces work ranging from buildings and installations to speculative projects in various scales. NEMESTUDIO has recently received the 2016 Architectural League of New York Prize for Young Architects. The work of the office has been featured at various design magazines and platforms including Wallpaper*, ICON magazine, RevistaPLOT, Artwort, ItsNiceThat, Socks, Designboom, and has been exhibited at the 3rd Istanbul Design Biennial (curated by Beatriz Colomina and Mark Wigley), the Chicago Architecture Biennial, SALT, and the Aronson Gallery at the Parsons School of Design in New York.

Turan’s work draws on the relationship between geography and design to highlight their interaction for new aesthetic and political trajectories within architecture and urbanism. Her current research focuses on questions of representation and resource in relation to climate change and on new conceptions of the ordinary and the familiar in architecture. Her most recent projects include her solo installation titled STRAIT, which was on view at SALT-Istanbul in May-August 2015, her speculative design project Museum of Lost Volumes (2015), for which she received an Honorable Mention Award in Blank Space: When Architecture Tells a Story Competition (New York, 2015), and her project Matters Around Architecture, which was on view at the Chicago Architecture Biennial (2015). Turan also received a Graham Foundation Award for her research on the German architect Mathias Ungers (2013). Her current book project, Geographic Istanbul: Episodes in the History of a City’s Relationship with its Landscape, focuses on a specific reading of the Bosphorus Strait of the twentieth-century Istanbul in the context of the relationships it presents among geography, politics and urbanism.

Turan is the founding chief-editor of the Harvard Graduate School of Design journal New Geographies, which focuses on contemporary issues of urbanism and architecture, and is the editor-in-chief of the first two volumes of the journal: New Geographies 0 (2008) and New Geographies: After Zero (2009).