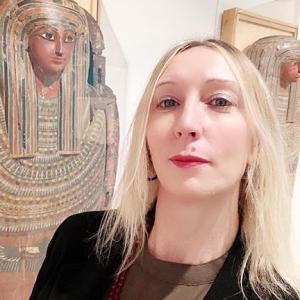 Rita Lucarelli is a Faculty Curator of Egyptology at the Phoebe A. Hearst Museum of Anthropology of the University of California, Berkeley and Fellow of the Digital Humanities in Berkeley. She is presently working at a project aiming at realizing 3D models of ancient Egyptian coffins of the Hearst Museum; the magical spells decorating these objects are taken as case-study for investigating the materiality of the text in relation to ancient Egyptian funerary literature.
Rita Lucarelli is completing a monograph on demonology in ancient Egypt and she is one of the coordinators of the Ancient Egyptian Demonology Project: http://www.demonthings.com.