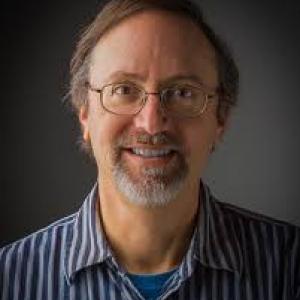 Ron Hendel, Norma and Sam Dabby Professor of Hebrew Bible and Jewish Studies.  Professor Hendel has been a member of the Berkeley faculty since 1999 and has served as chair of Jewish Studies, the Department of Near Eastern Studies, and the Graduate Program in Ancient History and Mediterranean Archaeology. Hendel approaches the Hebrew Bible from a variety of angles – history of religions, textual criticism, linguistics, comparative mythology, literature, and cultural memory. He is the editor-in-chief of The Hebrew Bible: A Critical Edition, a new critical edition of the Hebrew text, whose first volume (Proverbs, by Michael V. Fox) was published in 2015. He is also writing a new commentary on Genesis for the Yale Anchor Bible. In 1999, he received the Frank Moore Cross Publications Award from the American Schools of Oriental Research. His books include The Text of Genesis 1-11: Textual Studies and Critical Edition(Oxford, 1998), Remembering Abraham: Culture, History, and Memory in the Hebrew Bible (Oxford, 2005), Reading Genesis: Ten Methods (editor and contributor; Cambridge, 2010), The Book of Genesis: A Biography (Princeton, 2013), Steps to a New Edition of the Hebrew Bible (SBL Press, 2016), and How Old is the Hebrew Bible? A Linguistic, Textual, and Historical Study (forthcoming).