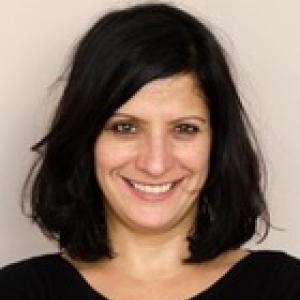 Samera Esmeir is Associate Professor of Rhetoric at UC Berkeley. Her research and teaching are at the intersection of legal and political thought, Middle Eastern history and colonial and post-colonial studies. Her central intellectual focus thus far has been to examine how late-modern colonialism, with a particular focus on the Middle East, has introduced liberal juridical logics and grammars that in turn shaped modalities of political praxis, and how those have persisted in the post-colonial era and have traveled in different countries in the Middle East. Her first book, Juridical Humanity: A Colonial History (2012, Stanford University Press), pursues this problem in relation to colonial Egypt and examines how colonial juridical powers have reconfigured the concept of the human during the late-modern colonial era by bonding the human to the law. She is currently working on a second book project also guided by the intersectionality of law and politics. The project examines the encounter between revolutions and different legal traditions (including International law) since the eighteenth century, and traces the shifting legal sensibilities, and the legal theories informing them, to revolutions. In addition, she is working on a number of essays that focus on Palestine as a site for rethinking some concepts central to legal and political thought.