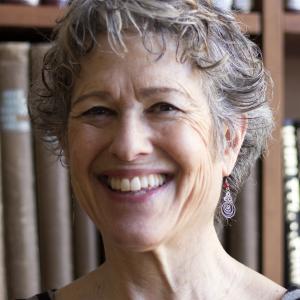 Sarah Levin is a Lecturer in Jewish Studies. Her research interests focus on Jewish communities of North Africa and the Middle East, Jewish-Muslim relations, and intertextual dialogue and debate between Jews and Muslims. She is currently working on a book manuscript, Poetic Dueling, Storytelling, and Joking: Moroccan Atlas Mountain Jews and Muslims Remember Each Other. This project examines 20th-century Jewish-Muslim relations through 21st-century memories (from Muslims in Morocco and Jews who had immigrated to Israel in the 1950s and 1960s) of Amazigh (Berber) oral traditions—anecdotes, jokes, songs, poetry duels. These traditions, once integral to the daily lives of Atlas Mountain villagers, offer a unique framework for addressing issues of boundaries and difference, while simultaneously elucidating the shared cultural experiences of Jews and Muslims. In spring 2019, Sarah was a Fellow at the Katz Center for Advanced Judaic Studies (University of Pennsylvania), where the year’s theme was “Jewish Life in Modern Islamic Contexts.” She holds a Ph.D. in Jewish Studies with a Designated Emphasis in Folklore from UC Berkeley.