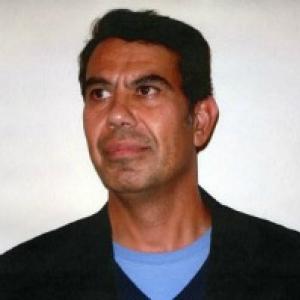 Wali Ahmadi is an Associate Professor of Near Eastern Studies, where he also serves as the departmental undergraduate advisor. Ahmadi, a native of Kabul, Afghanistan, came to the United States after graduating high school in the early 1980s. He earned a B.A. in political and social sciences from California State University, Hayward (now East Bay) in 1987 and a Ph.D. in comparative literature from the University of California, Los Angeles in 1997. Ahmadi’s primary areas of interest include classical and modern Persian literature, literary theory and criticism, and cultural history.

Naqd va Arman/Critique & Vision: An Afghan Journal of the Social Sciences and Humanities (1995-2003)