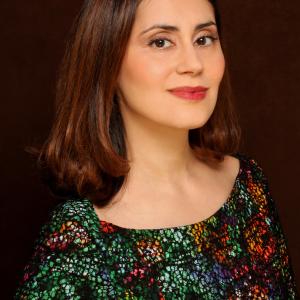 Alda Benjamen is the Avimalek Betyousef Post-Doctoral Fellow in Assyrian History. Prior to that, she was a Fellow at the John W. Kluge Center at the Library of Congress. She has also held post-doctoral research positions at the University of Pennsylvania Museum and the Smithsonian Institution. Her expertise lies in the twentieth-century intellectual, cultural and political history of Iraq and Syria. Her work focuses on issues of minoritization and pluralism, raising questions about memory, home, and belonging in multilingual and diasporic communities in the context of rural-to-urban and global migrations. She obtained her PhD in Modern Middle Eastern History at the University of Maryland, College Park, and a Master’s degree in Syriac Studies from the University of Toronto’s Near and Middle Eastern Studies Department.

Assyrians in Modern Iraq: Negotiating Political and Cultural Space. Forthcoming from Cambridge UP.

Editor, “Narratives of Co-existence and Pluralism in Northern Iraq.” Special Issue, for the Journal of Contemporary Iraq and the Arab World 14, no. 1-2 (June 2020).

“Research at the Iraqi National Library and Archives.” The American Academic Research Institute in Iraq no. 7-1 (Spring 2012): 13-14.