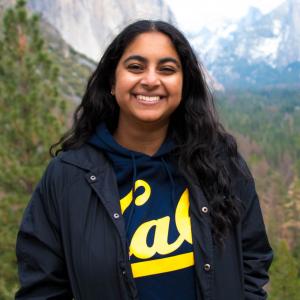 Ana Singh is a second-year undergraduate at UC Berkeley intending to double major in Political Science and Public Health. Born in Seattle but raised in Fremont, she is a Bay Area native of Indian descent. Ana is a writer for the World Section of the Berkeley Political Review, UC Berkeley’s only non-partisan student publication. A frequent attendee of CMES guest lectures and the MENA Salon, she is most interested in social movements, the treatment of minority groups in the MENA region, and how the two affect each other in modern MENA politics and policies.