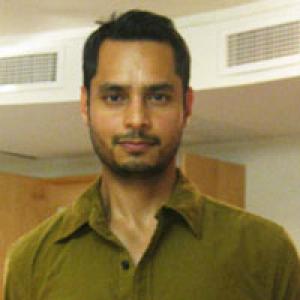 Professor Ahmed specializes in early Islamic social history and pre-modern Islamic intellectual history, with a special focus on the rationalist disciplines, such as philosophy, logic, legal theories, and astronomy. Although he has worked extensively on Islamic intellectual history of the so-called classical period (ca. 800-1200 CE), his current focus is the period ca. 1200-1900 CE, especially with reference to the Indian subcontinent.  He is the author of The Religious Elite of the Early Islamic Hijaz (University of Oxford, 2011), Avicenna’s Deliverance:  Logic (Oxford University Press, 2011), and Palimpsests of Themselves:  Logic and Commentary in Muslim India (University of California Press, 2022).  He is also the co-editor of several collected volumes, including The Islamic Scholarly Tradition (Brill, 2010), Islamic Cultures, Islamic Contexts (Brill, 2015), The Hashiya and Islamic Intellectual History (Oriens, special issue, 2013), and Rationalist Disciplines and Postclassical Islamic Legal Theories (Oriens, special issue, 2018).  He has also published several articles in the aforementioned fields.  His general training includes Graeco-Arabica, classical Arabic poetry and poetics, and hadith and Qur'anic Studies.

Professor Ahmed is the co-editor of the Berkeley Series in Postclassical Islamic Scholarship (UC Press), The Cambridge Series in South Asian Intellectual History (Cambridge University Press) and of the journals Oriens (Brill) and The Journal of South Asian Intellectual History (Brill).  He also serves on the advisory board of several international journals and book series.  His awards include fellowships from the Institute for Advanced Study, Princeton, the Stanford Humanities Center, and the National Endowment for the Humanities.  He has also held visiting appointments as a Term Chair at the EHESS, Paris, and a Leverhulme Visiting Professor at the University of Cambridge.

Professor Ahmed is very happy to receive queries and applications from students wishing to pursue doctoral studies in his fields of interest and expertise, and he welcomes manuscripts of books and articles for publication in the venues noted above.