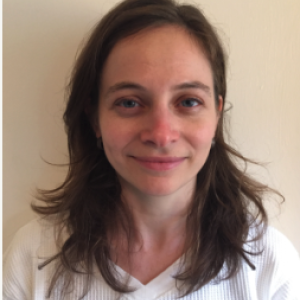 I came to Berkeley’s Comparative Literature department after working on political issues surrounding energy trade and pipelines in the former Soviet Union, and completing an M.A. in Russian Regional Studies at Columbia University. At Berkeley I work on Russian, Persian, and English literature from around 1850 through the early 20th century.  I’m particularly interested in the literary and cultural borderlands, where multiple languages and traditions come into contact with each other. My dissertation examines one such borderland—Central Asia in the late 19th century—with a focus on the ways in which space, place, and landscape inflect literary form and genre. I’ve also presented, published, and translated work on 20th century Russian and Soviet literature, including on texts by Andrei Bely and Andrei Platonov.