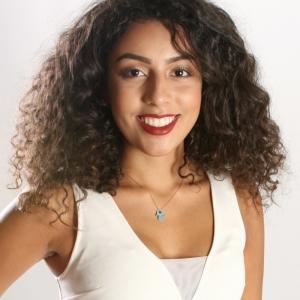 Habiba Radwan is a third year undergraduate student at the University of California Berkeley, double majoring in Political Science and Middle Eastern Studies with a concentration in Arabic. She also serves as the Internal Operations Director of the Middle Eastern and North African Retention and Recruitment Center. Habiba is fluent in Arabic, and plans to study the role language has played in the societies, politics, and culture of the Middle East.