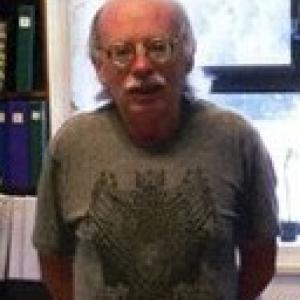 John Hayes received his Ph.D. from the Department of Near Eastern Languages and Cultures at UCLA in 1984. Since then he has taught at Cal, with occasional visiting stints elsewhere. His principal interests are Semitic linguistics; the history of Arabic and the grammatical study of Arabic; Sumerian; the contemporary Middle East. Dr. Hayes is a recipient of an Honorary Membership in the golden Key International Honor Society.

Dr. Hayes is currently working on three publications: a revised and expanded third edition of his Manual of Sumerian; a morphological analysis of Old Babylonian Royal Letters (with Prof. Giorgio Buccellati of UCLAP; and a popular history of the Battle of Tours in 732AD.