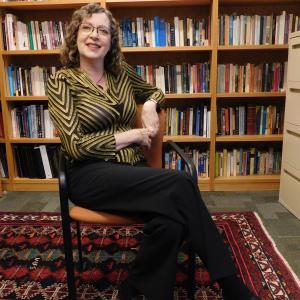 Marcia C. Inhorn, PhD, MPH, is the William K. Lanman, Jr. Professor of Anthropology and International Affairs in the Department of Anthropology and The Whitney and Betty MacMillan Center for International and Area Studies at Yale University, where she serves as Chair of the Council on Middle East Studies. A specialist on Middle Eastern gender, religion, and health issues, Inhorn has conducted research on the social impact of infertility and assisted reproductive technologies in Egypt, Lebanon, the United Arab Emirates, and Arab America over the past 30 years. She is the author of six books on the subject, including her latest, America’s Arab Refugees: Vulnerability and Health on the Margins (Stanford University Press, 2018). She is also the (co)editor of ten books, the founding editor of the Journal of Middle East Women's Studies (JMEWS), and co-editor of the Berghahn Book series on “Fertility, Reproduction, and Sexuality.” She has received numerous awards for her books and scholarship, including the American Anthropological Association’s Robert B. Textor and Family Prize for excellence in anticipatory anthropology, the AAA’s Eileen Basker and Diana Forsythe Prizes for outstanding anthropological research in gender, health, and biomedical technology, the JMEWS Book Award in Middle East gender studies, and the Middle East Distinguished Scholar award from the AAA’s Middle East Section. Inhorn has been a visiting faculty member at both the American University of Beirut, Lebanon, and the American University of Sharjah, United Arab Emirates.