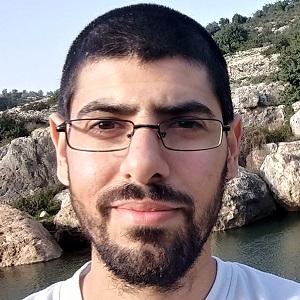 Dr. Roy Marom is a Fulbright Post-doctoral Fellow in the Department of History. Marom completed his doctoral dissertation, entitled Dispelling Desolation: The Expansion of Arab Settlement in the Sharon Plain and the Western Part of Jabal Nablus, 1700-1948 in the University of Haifa (2022). Marom’s M.A. thesis on the Laws of Homicide and Bodily Harm in Antiquity and in Early Islamic Law (Tel Aviv University, Summa cum Laude, 2017) has won the M.A. outstanding awards of the Middle East & Islamic Studies Association of Israel (MEISAI) and the Center for the Study of Relations between Jews, Christians, Muslims of the Open University of Israel. He has been awarded the Azrieli and Rotenstreich Fellowships, two of Israel’s top graduate fellowships, during his studies.

Marom’s current research, on the intersection of Israel Studies and Palestine Studies, concerns the social history of rural Palestine during the Late Ottoman and British Mandate periods. His postdoctoral project, supervised by Prof. Christine Phillou, re-assesses established ‘truths’ about the crucial, early Jewish-Arab encounters, in Palestine’s Jewish colonies, the moshavot (1878-1914). Marom’s integrative account draws upon the Palestinian Rural History Project (PRHP) he initiated in 2014 with the aim of mitigating the inevitable, but irreparable loss, of scientifically and culturally important information concerning the Palestinian countryside.  So far, he has carried out over 1,300 interviews documenting the local body of knowledge and lore of some 700 depopulated and surviving Palestinian communities.

In the long term, Marom aims to re-examine and re-contextualize the study of Palestine's historical geography using local, Arabic and Ottoman Turkish sources, in collaboration with fellow historians, archaeologists, geographers, sociologists, and researchers from cultural studies. His articles have recently figured in the British Journal of Middle Eastern Studies, the Palestine Exploration Quarterly, the New Orient, and War & Society, among other peer-reviewed journals.